JAKARTA, Indonesia, April 04, 2022 (GLOBE NEWSWIRE) — Gotrade – the investing app whose mission is to make investing accessible to everyone, everywhere – has officially launched in Indonesia through a partnership with Valbury Asia Futures , a licensed Bappebti broker.

Andrew Haryono, owner of Valbury Group, a financial services conglomerate, joins Gotrade as co-founder Gotrade Indonesia mimics its flagship product Gotrade Global in that it allows users in Indonesia to invest as little as $1 in stocks like Tesla, Apple, Netflix et al. on an easy-to-use, commission-free platform.

Gotrade was founded in 2019 by Rohit Mulani, Norman Wanto and David Grant with a mission to make investing fun, fair and simple for everyone, everywhere. Together they developed the Gotrade app to allow users around the world to buy fractional shares of global giants on the NYSE and NASDAQ from just $1.

Gotrade raised a $7 million seed round in 2021 from LocalGlobe and Social Leverage, both of Robinhood’s top backers. He has also received support from local investors like Kevin Aluwi and super angel Arya Setiadharma. Once it received clearance from Malaysia’s Labuan Financial Services Authority, Gotrade rolled out an invite-only platform in March 2021, launching globally in September 2021.

Gotrade chose Indonesia as the first market for its local product simply because that’s where the problem it set out to solve seemed the most pressing, with the investment being far from fair or simple.

“Investing in Indonesia and all of Southeast Asia is broken. Over 600 million people do not have access to quality investment products at fair prices. They are subject to mutual funds with expense ratios above 5%, savings products like gold with 3% spreads, and hidden fees strewn across their wallets – not only by holders, but also by companies that are supposed to be We believe that investment should be fair and users should not have to bear these predatory costs,” said Gotrade founder Rohit Mulani.

Breaking down barriers in Indonesia

This led Gotrade to partner with Valbury Asia Futures, Jakarta Futures Exchange and Futures Clearing House of Indonesia – all regulated by Bappebti, to create the first fully collateralized US equity contracts in Indonesia that give end users market access to US stocks.

This means that all transactions on Gotrade Indonesia result in a contract between users and Valbury. Valbury then enters into a matching transaction with Alpaca Securities LLC, a FINRA-licensed broker in the United States. As both of these trades occur in real time, all trades are executed at the national best bid and ask price in accordance with the regulations of the United States Securities Exchange Commission. Gotrade does not add any spread to this price.

As trades execute directly in the United States, all contracts on Gotrade are fully collateralized by real stocks held in the United States. For every share (or fraction thereof) held by a user on Gotrade, there is a corresponding share held by Valbury in a separate brokerage account at Alpaca Securities LLC. This arrangement is overseen by Bappebti.

Gotrade does not provide leverage to its users and passes the dividends Valbury receives from Alpaca Securities LLC for its positions directly to the users less the 15% dividend tax withheld by the Inland Revenue Service.

Gotrade Indonesia is the first platform in Indonesia to offer this market access for US stocks. Historically, people who wanted to buy US stocks from Indonesia would have had to use a foreign broker or trade CFDs locally, the latter of which incurs hefty hidden fees of up to 1% per trade embedded in the bid spread- seller on the action.

The Gotrade, JFX, KBI and Valbury team worked closely with the Bappebti team to enable dollar investing and 9 decimal place fractional stock investing – another first for the industry. For example, if Tesla is trading at $1,000/share, you can buy 1/1,000th of a Tesla share with $1.

In accordance with Bappebti’s regulations, funds are sent to Indonesia’s state-backed Futures Clearinghouse with transactions conducted through Valbury and recorded on the Jakarta Futures Exchange.

“Gotrade Indonesia is the first investment platform in Indonesia which has been built around the core principles of transparency, fairness and low fees. I am delighted with the launch of Gotrade Indonesia which is the best way for Indonesians to access the largest capital market in the world, something we have been unable to do for too long,” said Felicia Putri Tjiasaka, co-founder of Ternak Uang, the leading investment education app in Indonesia.

“A central part of Jakarta Futures Exchange’s vision is to produce innovative products as an alternative means of investment. We are very pleased to announce our partnership with Gotrade which would allow Indonesians to invest in names like Tesla, Apple and Netflix for as little as $ 1. The ability to invest in US stocks will greatly complement the existing investment landscape in Indonesia so that users can have a balanced and diversified portfolio both globally and across asset classes,” said Stephanus Paul Lumintang, Chairman and CEO of Jakarta Futures Exchange.

Fajar Wibhiyadi, Chief Executive Officer of Kliring Berjangka Indonesia (Persero) said, “We of course appreciate what Valbury Asia Futures is doing with this new initiative. We hope that the launch of Gotrade Indonesia can be a positive catalyst for a better investment climate in Indonesia. also hope that Valbury Asia Futures will at the same time educate the market to better understand this new financial instrument. KBI, as a clearing institution, will play our role in accordance with the regulations in force, in particular with regard to the role of guarantor and the settlement of transactions. .

Create a new standard of transparency

In line with its desire to bring transparency to the industry to make investing fair, Gotrade never promises hidden fees and publishes all of its fees openly.

Although Gotrade Indonesia does not add spreads or commissions on its trades, it does pass a PPN fee of $0.10 and a Jakarta Futures Exchange trade report fee of $0.02 per trade.

It generates revenue by charging a 1.20% exchange fee when users deposit their funds in Indonesian rupiah, which is then converted into US dollars so they can be exchanged. Included in this fee, Gotrade handles instant deposits – allowing users to capitalize on trading opportunities without having to pre-fund their accounts. Gotrade is also currently testing a premium membership product called Gotrade Black which gives its users access to candlestick charts, analyst ratings, price targets and risk measurement for a monthly fee of $2 $.

“Andrew has been involved since the early days of the business in 2019 and has been instrumental in helping us achieve the success we have had so far. With the Valbury partnership and the launch of Gotrade Indonesia, we have been able to leverage our partnership to a new level and everyone felt it was time to recognize him for the pivotal role he has played in the company’s past as well as the role he will continue to play in the future of the business,” said Gotrade founder Rohit Mulani.

“The Gotrade team is on a mission to completely reinvent investing for millions of Indonesians. I’ve been in the industry for over 20 years, but as soon as I met the team in 2019, I knew this was the team that would transform. I’m thrilled to be part of the Gotrade team and excited to be part of the next phase of the company’s hypergrowth,” said Gotrade co-founder, Andrew Haryono.

Industry veterans jump on board

Gotrade is quickly building one of the most experienced wealth management teams in Southeast Asia.

In addition to incoming co-founder Andrew Haryono who has over 23 years of experience in financial services, David Grant was the former CEO of Charles Schwab Singapore, also with over 20 years of retail brokerage experience.

Tan was a former partner at Zaid Ibrahim & Co, Malaysia’s leading law firm before joining Gotrade, while Ng was previously financial controller for Asia-Pacific at Oanda before taking up his new role.

Gotrade Financial Inc. provides an innovative app-based investment service for retail investors to invest as little as $1 in fractional US stocks on an easy-to-use, commission-free mobile platform. Gotrade was launched in 2019 with the vision of making investing fun, fair and simple for everyone, everywhere. Instruments on Gotrade are offered by Gotrade Securities Inc. Instruments on Gotrade Indonesia are offered by PT Valbury Asia Futures, a licensed Bappebti broker established in 1999 in Indonesia. 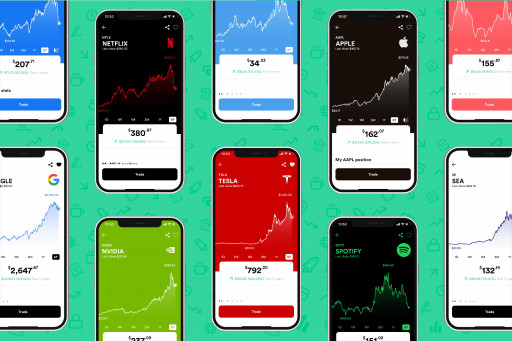 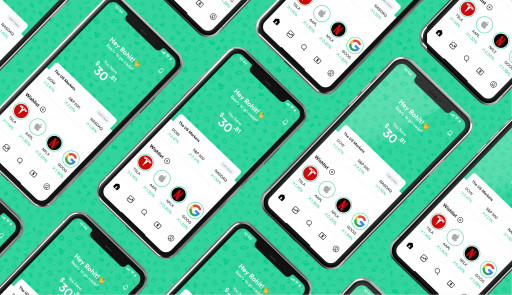 This content was posted through the press release distribution service on Newswire.com.

The past year has seen strong M&A activity around the world, with many companies turning a profit for the first time in five years. However, insurers were less active on this front as many were still consolidating their assets and had a cautious view of the impact of COVID-19 on the global economy. We take […]